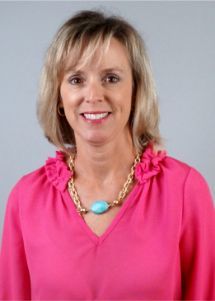 Just as valuable as the curatorial positions in a Museum are the administrative positions. After talking with Deputy Director of Operations, Kimberly Beck, I learned more about the goings-on of the “other side” of The Columbus Museum.

Kimberly has been at the Museum for over twenty years and is also the Museum’s financial director. She says she didn’t always envision herself working in a Museum. She says that “in college, I thought I would be working in a more typical accounting environment but after working at the Museum I fell in love with the environment and the different aspects of my position.”

As Deputy Director of Operations, Kimberly works with each department in the Museum to help ensure a smooth running of the institution. She tells me that “The Deputy Director, Operations is an administrative position that operates under the supervision of the museum’s Director, and serves as acting Director in the Director’s absence.”

There are also various departments directly under her supervision. She continues, “I am responsible for financial record-keeping; monitoring internal systems, department, and personnel needs; and aiding in the general administration of the museum. The Museum shop, visitor services, security, gardens and maintenance of the building also fall in my department.”

But Kimberly notes that, just as in any job, there are rewards and challenges in her position. For one, she says that “[a]t times, funding has been tight. It is frustrating to see what great things are possible and not have the funds to make them happen.” She continues by saying, “[t]he Museum has had very talented Curators and Educators in my tenure and I hate to see a project or idea they have not become a reality for our community.”

That being said, though, she says “Columbus has a very generous community and the Museum has had wonderful support in the past to support a lot of these projects.”

And throughout her tenure, Kimberly has seen quite a few of TCM’s exhibitions. One of her favorites has been “Turning of the Seasons featuring the Moulthrop Family wood turned bowls…I love their wood turned bowls and this exhibit featured some really cool ones,” Kimberly says. “The art of taking a tree that has been damaged or had disease and turning it into a beautiful work of art is fascinating.”