While the Museum is temporarily closed, we encourage you to view these objects in the object records by clicking the links at the end of this post.

SIGHT_SOUND is a new series that connects visual art and music. In each installation, curatorial assistant Ben French pairs one piece of art from the Columbus Museum’s permanent collection with a piece of music to explore the similarities and differences between the two art forms. Follow along on the blog, check out our YouTube playlist, and use #TCMsightsound to experience the museum in a new way. 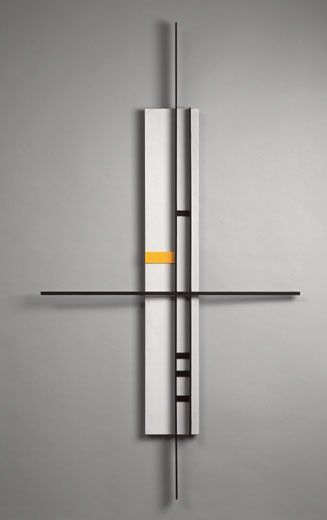 Burgoyne Diller was one of the earliest American artists to base his work purely on geometric abstraction without any reference to nature. This wall construction creates a sense of equilibrium and balance by delicately organizing lines that seem to float over a white space. Much like architect Eliel Saarinen's placement of the crosses on the facade and interior back wall of the First Christian Church in Columbus, Indiana, Diller manages to create this balance through careful design. While the right side of Diller’s object contains more shapes and more perceived weight or mass, it is balanced out by a block of primary yellow on the opposite side. This feat conveys the concept that color can carry weight and power equivalent to that of line, addressing notions of equity in the piece. With its clever approach to creating balance, the piece manifests a sort of tension between gravitational pull and levitation as it hangs on the wall. 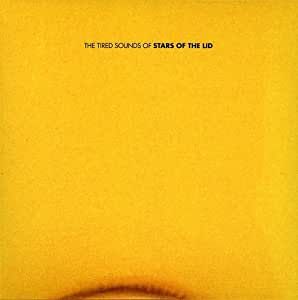 Stars of the Lid’s “Piano Aquieu” pairs nicely with Diller’s sculpture as the musical composition manages to create a similar sense of simultaneity between sensations of levitation and groundedness. The piano at the song’s onset favors a slightly stronger right hand that lifts in tone over a soft left hand in the bass. This choice to accent the higher notes of the right hand allows the melody to form a floating atmosphere while still being tethered to a sense of groundedness. The song then meanders and wanders into ambient synthesizers, one of which plays a looping, reverb-saturated phrase that creates a watery texture and confuses any distinct spatial recognition. As the track progresses from piano to synthesizer, from distinctive space to meditative space, it parallels the ability of Diller’s wall sculpture to bring about a feeling of weightlessness in spite of—or rather, because of—the heft of its thoughtful compositional strategies.