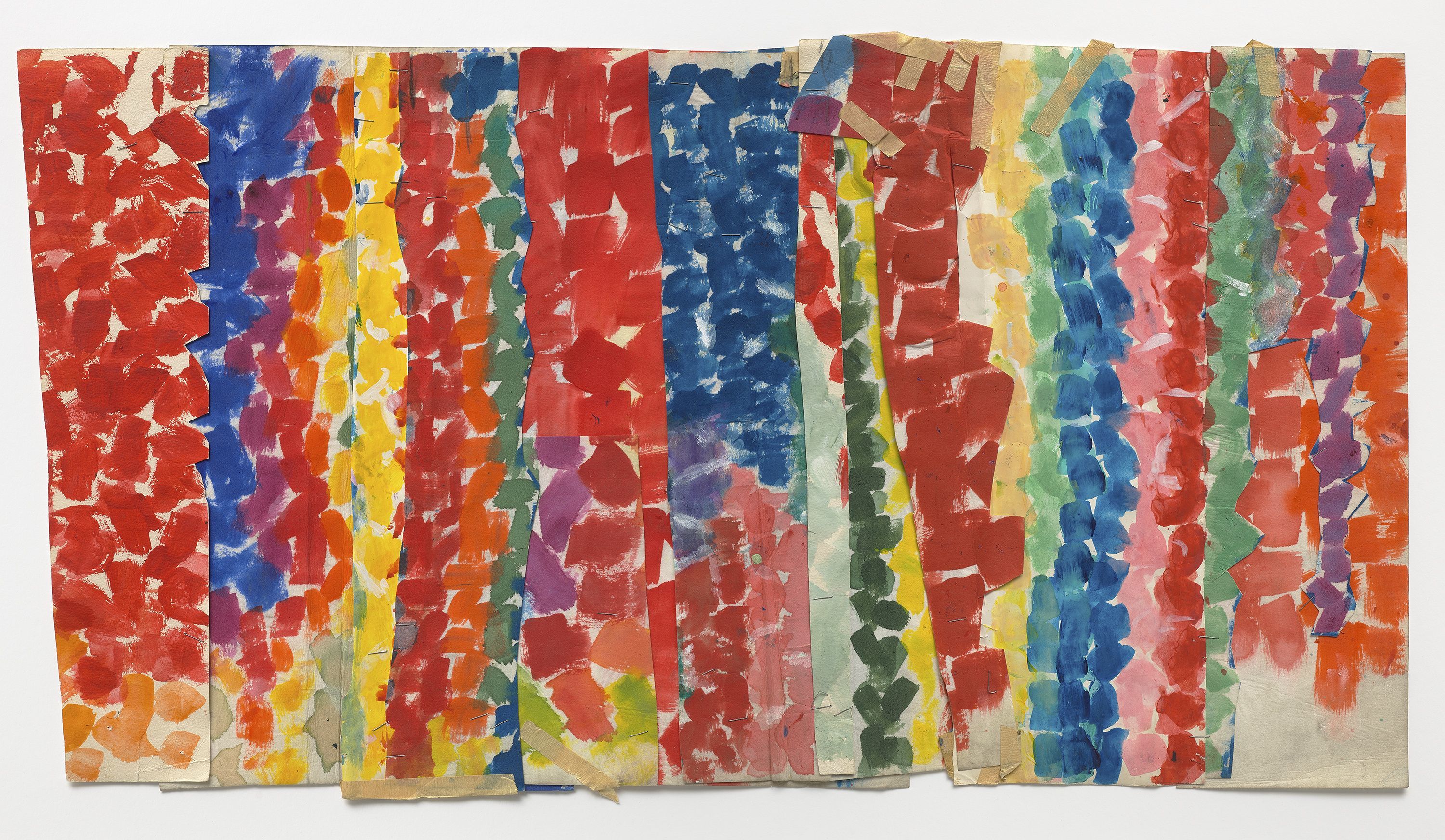 Alma W. Thomas: Everything Is Beautiful: a sweeping reassessment of the artist-educator that transforms our understanding of her diverse forms of creativity while also revealing how a persistent search for beauty can address pressing social concerns.

This exhibition catalogue features diverse artworks and archival materials that span the artist’s long life (1891–1978), revealing Thomas’s complex and deliberate artistic existence before, during, and after the years of her “mature” output and career-making exhibition at the Whitney in 1972. By applying interdisciplinary methodologies to a range of artistic objects—Thomas’s rarely seen theatrical designs, sculpture, family photographs, sensitive watercolors, and homemade clothing, along with her brightly exuberant abstractions—this companion volume provides a comprehensive overview of Thomas’s artistic journey from semi-rural Georgia to international recognition. Unlike a traditional biography, the book is instead organized around multiple key moments or themes from Thomas’s experience, including the context of her Washington Color School peers and the creative communities connected to Howard University. In text and image, this monograph demonstrates how Thomas’s pursuit of beauty extended to every facet of her life—from her highly regarded paintings to the conscientious construction of her own persona through community service, teaching, gardening, and dress.