What I liked about these two forms was their versatility as modes of expression. How you could be as exacting and straightforward as you want, or as oblique, as lyrical, as dreamlike. Poetry and art gave me new languages through which I could express myself when regular ole communication didn’t work. How could a color create a tone like a vocal inflection colors language? How could I say the exact same thing in a sculpture versus a dance, yet have the way they were received be completely different? How could I rearrange words on a page and have that action carry just as much meaning as what I was saying? And what did it mean for me to be drawn to these forms in the first place, for my attention and my body to turn towards them with a curiosity that felt encouraged and reciprocated, somehow familiar?

Poetry and the visual arts are the arts of asking questions, of instigating processes of searching for solutions. A poetry professor of mine once said, “I’m okay with being an answer and a question at the same time.” I was welcomed into an amorphous space hearing that, one whose environment was always shifting, one that encouraged me to mimic and adopt and find home in its constant shifting. Which is to say that poetry and art gave me permission to be human. To not simply be an artist (which privileges identity or the ego), but to live creatively (emphasizing the act of living life as its own art process). Or if not permission, then reminders of possibility. Which is a pretty nice gift, right?

So to celebrate this allowance, this reminder, here are some objects from the Museum’s collection and some poems to go along with them. Happy National Poetry Month. 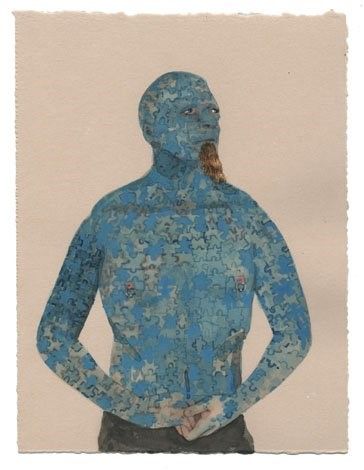 In these works, artist Dawn Black and poet D.A. Powell explore the body’s ability to communicate through the art of tattoo. Both Black’s painting and Powell’s poem employ a sense of stillness to convey the power inherent in this communication. The painting here captures highlight’s its subject’s tattoos in a solemn, stoic form while Powell’s poem uses four-letter lines to mirror a lyricism found in the tattoos one might observe on another’s knuckles. 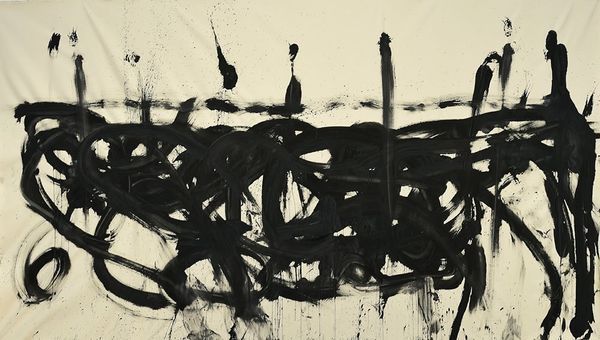 Jarrett Key and Eve Ewing are two artists leading the contemporary arts and poetry scenes in America. Key utilizes the powerful history of hair in this series of paintings in which the artist forms a paintbrush with their hair and uses a combination of song and dance to perform the painting’s creation. Meanwhile, Ewing’s poem calls into question a racial bias in critics’ and viewers’ perception of abstract works made by artists of color, rightfully arguing that these works can be made in response to abstract and conceptual works made by white artists like Dan Flavin and deserve equitable attention in discourse in their own right. Together these two pieces illustrate the importance of both claiming and recognizing the artful contributions of artists of color to art movements.

but that’s not this drawing, you feel me— ?
actually this is a reproduced rendering from a Dan Flavin installation study
“sixteen ‘monuments’ for V. Tatlin,” 1967.
an index of my misspent youth
leaving school and taking the 82 to the brown line to the red line
to the Water Tower and walking to the MCA and watching
the fluorescent tubes in the dark rooms,
leaning against the wall like a dare,
like going to get a drink of water
and finding yourself in the stairwell with an older boy.
all the gum poppin i’ve done, all the feckless scrutiny
in the Tate, the Pompidou, the Prado, the MoMA,
15 at the Whitney Biennial,
10 snatching up expensive crackers off the table at a gallery in River North.

and I speak your thing too. i speak white wall. i speak placard.
so what i’m saying is
that’s not this drawing you feel me
but i speak two pens
so holler at me whenever lady, if you got a question or something 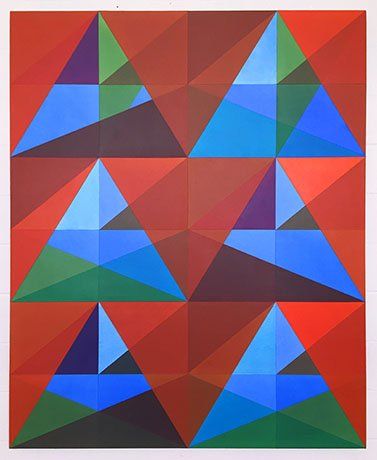 Both Jeffrey Gibson and Layli Long Soldier draw upon pattern and Indigeneity in these two works. Gibson employs the triangle found in both Indigenous patternmaking and op art to draw our eye in many directions across the surface of the canvas here. Similarly, Long Soldier uses the same shape and allows us to read this poem in multiple directions to better understand the various ways we interact with the past, present, and future. Try reading it from left to write, reading just the words at the beginnings or ends of a line, or creating your own maze through its words. 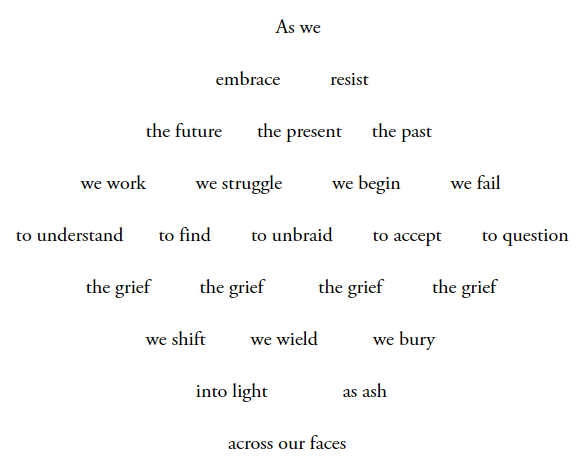 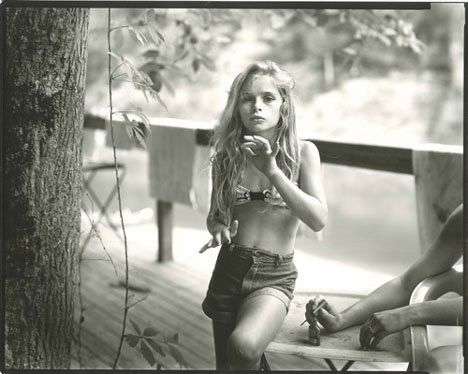 Sally Mann’s photography and Coco Wilder’s poetry find a great deal of lyrical strength in the power of memory. Mann is best known for photographing her children throughout their early lives, chronicling intimate moments that highlight the fleeting nature of childhood. Wilder’s poem here captures the inner feelings of a persona deeply caught in a moment of looking toward the future, just as Mann’s subjects remain perpetually unsure of their own.

I don’t want to reminisce, I want to burn
by Coco Wilder

I whisper to myself gosh,

any way you unwrap it

when I become a better woman

it will be easy

to sing over the fire,

even the horses are on my team. 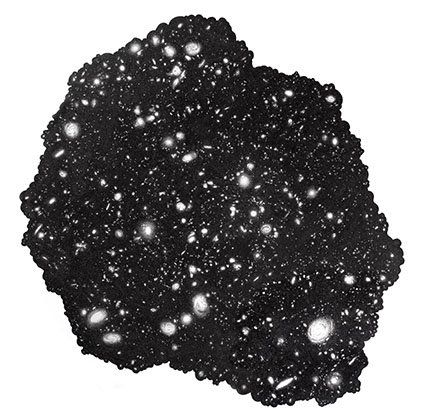 The poetry of Gabrielle Calvocoressi often manages to travel between the earthly and the cosmological, jumping from a paint chip to a night sky not unlike the one found in Mia Pastore Rosenthal’s drawing. Rosenthal’s work draws us in with delight as we think perhaps this is a scanned image, only to realize it is actually a remarkable drawing of ink on paper. In both works here, a sense of wonder and amazement is created through common materials in order to draw us deeper into the works.

[The paint chipped away]

The paint chipped away on the wall looked like the bull

that we found in the sky: little bull’s legs

with the big head and a pile of stars in his neck.

Near the Queen’s Suite

that rises in Autumn.

Pegasus, Andromeda, and The Great

Square. (what we called my father

when we got old enough,

before we didn’t talk anymore)

Imagine having a pile of stars in your neck,

a bull made of stars.

I liked it best when we’d lie there

and look out the window.

run my hand through the air and say,

to there. It doesn’t really make sense

unless you know what you’re looking for.

Little bull in the sky on the wall with its hickey of stars.

Someone sucked the light right
to the surface.

Let me show where we are.