About The Columbus Museum

History of the Columbus Museum 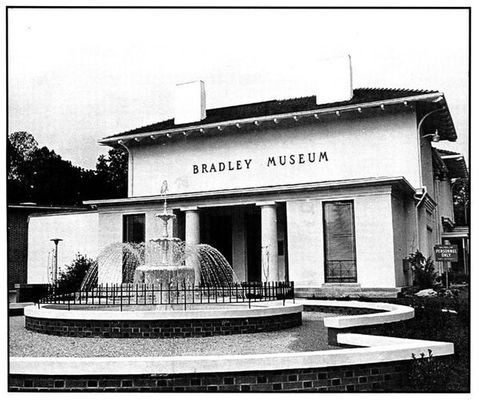 Founded in 1953, The Columbus Museum is one of the largest museums in the Southeast and is unique for its dual concentration on American art and regional history, displayed in its permanent collection, temporary exhibitions, and educational programs.

When noted Columbus industrialist W.C. Bradley died in 1947, his family donated his 13-acre estate to the city of Columbus to be used as a center of culture and education. Located in the heart of the Wynnton neighborhood in a 1912 Mediterranean Revival house, the Columbus Museum of Arts and Crafts opened its doors to the public on March 29, 1953. Director Edward Swift Shorter quickly launched an ambitious schedule, including lectures and classes related to the Museum’s exhibitions of fine art and American Indian archaeological artifacts. As the institution grew, its name became shorter (now just The Columbus Museum), and its collecting focus changed to include American art in all mediums and artifacts that tell the story of human habitation in the Lower Chattahoochee River Valley.

Today, The Columbus Museum’s dedicated board and staff continue its legacy as a cultural center. In partnership with the Muscogee County School District, the Museum seeks to educate and inspire with a variety of exhibitions and programs.

Click the links below to view our Annual Fiscal Year Reports.