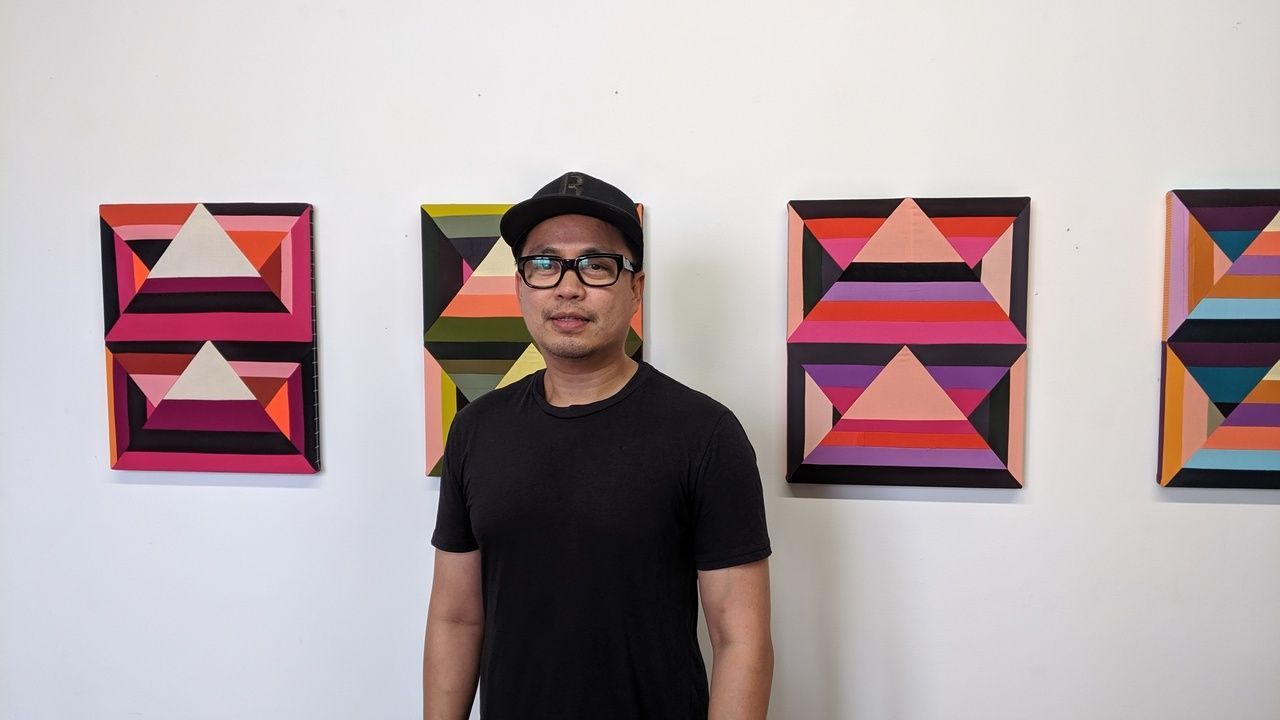 The artist Paolo Arao in his studio, 2019
Click here for an interview with Paolo Arao!

The Columbus Museum has commissioned Brooklyn-based artist Paolo Arao to curate a group of works on paper from the Museum’s collection. Individual sheets or groups of drawings have served as the stimuli for visual responses by the artist. As the title implies, In Dialogue with Drawing will feature multiple pairings, matching Arao’s newly created works with the Museum’s holdings that inspired them. The installation also includes several plates from Josef Albers’s foundational textbook Interaction of Color.

Arao is a Filipinx-American artist whose most recent exploration in the studio combines the traditions of textiles and painting. His work is rooted in modernist geometric abstraction. He creates his current work by machine stitching second-hand clothing, hand-dyed fabric, and weathered canvas together into unique objects that straddle the fertile area between 2D and 3D.

Arao received his BFA from Virginia Commonwealth University. He has exhibited in numerous group exhibitions nationally and internationally and has presented solo exhibitions at Western Exhibitions in Chicago, Franklin Artworks in Minneapolis, Jeff Bailey Gallery, and Barney Savage Gallery, both in New York. He has held residencies at such prestigious programs as Skowhegan School of Painting and Sculpture, The Studios at MASS MoCA, Bemis Center for Contemporary Art, and the Fire Island Artist Residency. He is a recipient of a New York Foundation for the Arts Fellowship in Drawing and his work has been featured in New American Paintings, Maake Magazine, and Esopus.